This makes the measurements of the pipes more precise and the electropolished Pipe can be mounted with precision in sensitive systems such as industrial pharmaceutical applications. Different materials that could be electropolished are available.

How does Electropolishing works?

The component to be electropolished is connected to the positive side of a direct-current power supply, and an inert metal is connected to the negative side. Both the element and the cathode are immersed in an acidic solution, and metal from the metal portion is dissolved as the current flows through this circuit. Huge amounts of oxygen are released almost immediately to the surface of the component, forming a thick gaseous layer.

These areas are preferentially dissolved, resulting in a smoothing of the surface due to the propensity of electrical current to flow from points and projections. The viscous boundary layer that results from gassing leads to the peaks and projections being preferentially dissolved. By regulating the solution chemistry, temperature, current density, and time, the process is optimised.

What are the benefits and drawbacks of using electropolishing technology?

To resolve this problem, the pipes are rendered to be seamless via drawing procedures. The seamless tubes are dimensionally precise and can have less absolute roughness. But electropolishing is applied when the application is highly sensitive and allows the inside of the pipe to be as clean and as smooth as possible. The process is carried out by a method called electrolysis, in which the substance loses on the surface atom by atom and reaches a polished finish.

The method, however, has its downfalls as well. The absolute roughness still persists to some degree even with this form. The time taken for the process could be tolerated, but it is expensive, and the final product will be affected by some of the acids and other chemicals used. Despite this, the process is good because it gives a bright finish that cannot be produced by any other mechanical process. The method also eliminates impurities when scraping the surface layers, resulting in a higher resistance to corrosion.

What is Stainless Steel Electropolish Pipe?

by admin time to read: 2 min 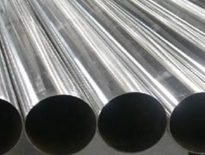 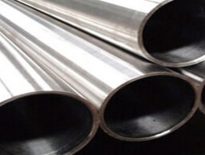